Snapshot of the US Auto Market in 2018 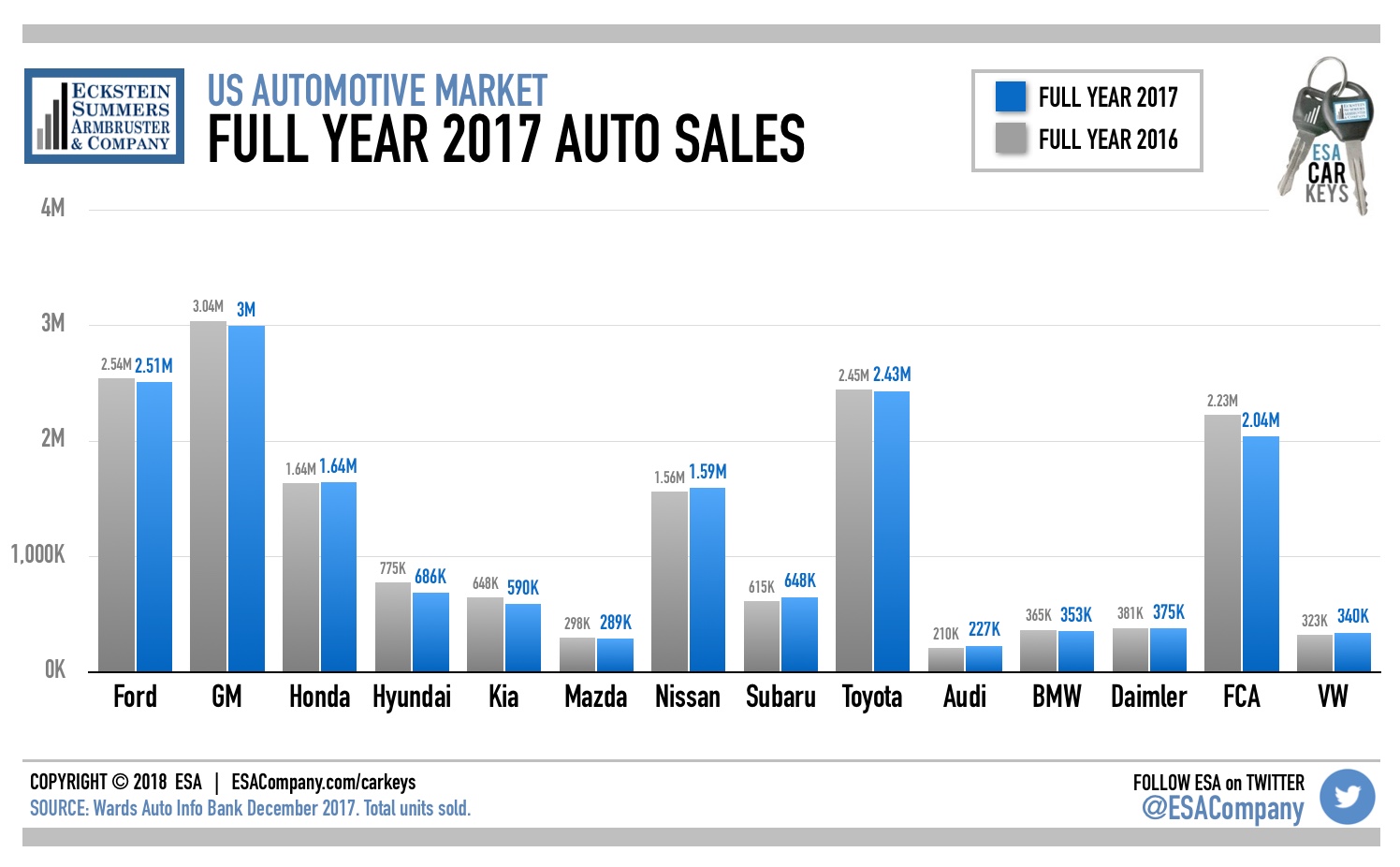 1. Light-truck sales continue to dominate the market, comprising 64.5% of vehicle sales for full-year 2017, and had another huge December (69% of total units).

2. The top four automakers (GM, Ford, FCA, Toyota) all declined in sales volume during 2017. Of the Big Six Automakers, only Honda and Nissan gained year-over-year.

3. Heading into 2018, the market is seeing tighter Inventory levels, declines in production volume, and continued profitability pressures on both new and used vehicle sales.