Silver Linings in the US Auto Market

With September numbers reported and three quarters in the books for 2019, the US auto market has its share of challenges and silver linings.

At first glance, September was looking like a market setback. As import automakers reported (one day prior to domestics), a few noteworthy big brands posted moderate to large volume contractions. When the final tally came in, a different picture came into focus.

While September’s SAAR of 17.2M units was slightly off year-to-year (-0.8%), 2019’s Q3 came in stronger than 2018’s, and year-to-date totals are down only 1%, in line with many projections. Additionally, this September marked one of those years where the Labor Day holiday was included with August’s monthly reporting and not September’s, a notable anomaly in the calendar that can blur one’s read on the market.

So while September’s numbers were off (laggards among major brands include Toyota, Ford and Dodge), there are also notable silver linings and explanations for the data.

Light-trucks continued a long-standing trend of gaining ground in overall market share, still accounting for more than 70% of all light vehicles sold.  In general, Asia-Pacific brands coughed up share during the third quarter to their US and European competition. 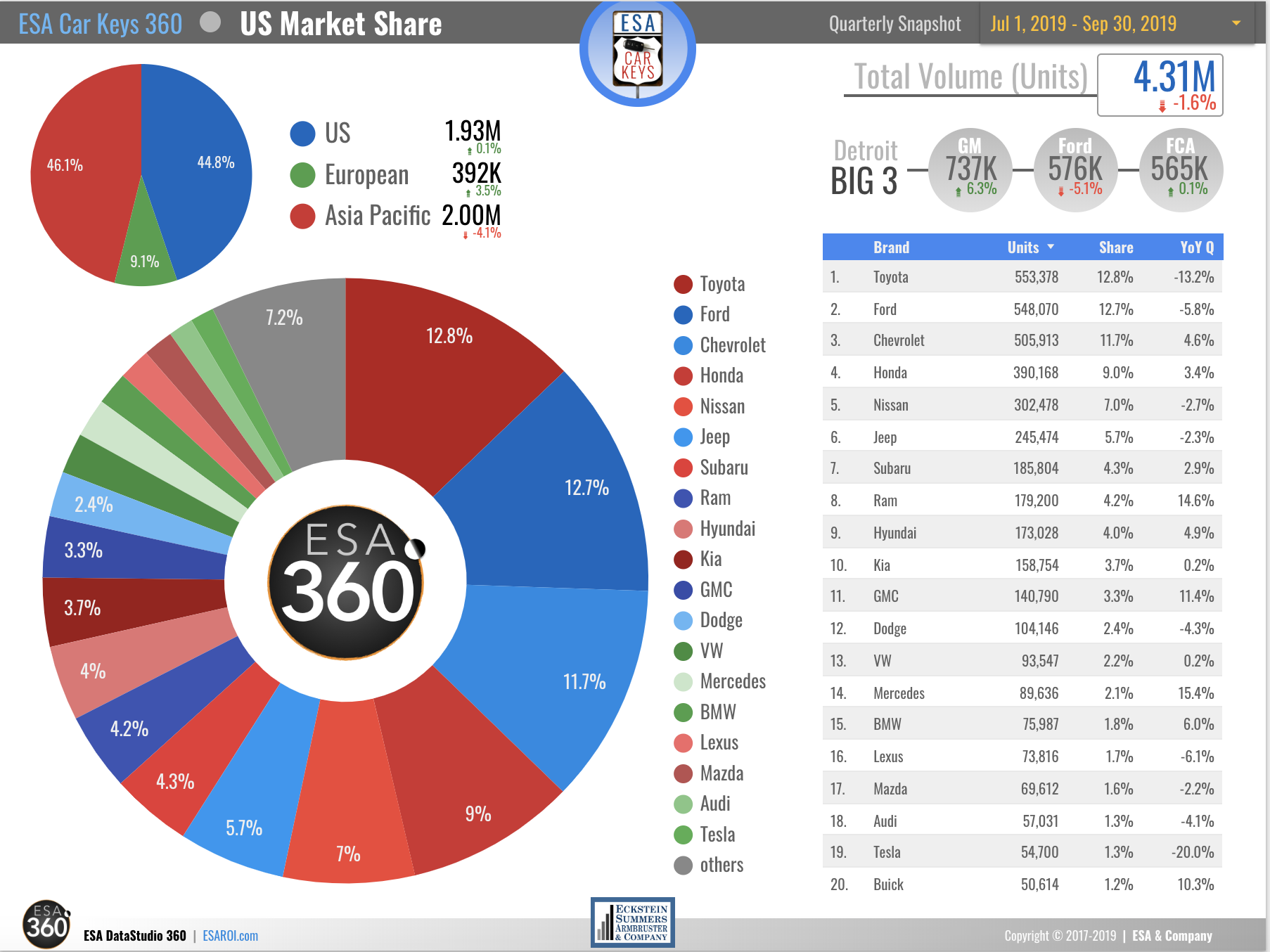 Some key points from the 3rd Quarter:

There is still uncertainty on interest rates, and new-car transaction prices are still hovering near historic peaks. We’ll continue to see a very high saturation of late model off-lease returns. That said, NADA is holding firm to its projection of 16.8M units for full-year 2019.