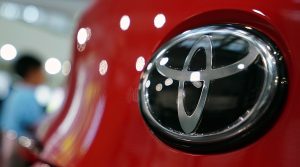 In an unprecedented scenario, Toyota finished the second quarter atop the US auto market in total unit sales, surpassing GM for the first time ever. The Japanese automaker had been stockpiling microchips, which have been in short supply during the industry’s gradual volume and production recovery.

Between April and June, Toyota sold 688,813 vehicles in the U.S., giving it a razor-thin 577-unit margin of victory over GM, according to figures from the two companies.
– Wall Street Journal