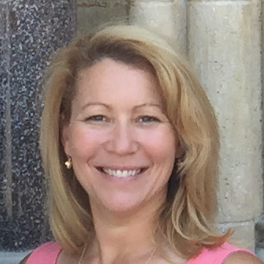 Jodi de Riszner is a Business Growth Strategist with Eckstein, Summers, Armbruster & Company (ESA), the nation’s largest retail strategy firm. For the past decade in this role, Jodi has traveled and worked extensively in markets across the U.S. Her primary mission is teaching local business owners how to maximize their existing advertising budgets to realize greater returns and profitability.

Currently, Jodi works up and down the East Coast and in the upper Midwest. Prior to joining ESA, Jodi spent six years with Gannett Broadcasting at WGRZ-TV in Buffalo, NY as the Director of Business Development. She was recognized as a Gannett Rising Star and was selected to the Gannett Corporate Digital Innovation Team. Her work in local media followed another six years in California where she opened a National Network Sales and Marketing office for CNBC and MSNBC in San Francisco after starting her career in Southern California at the Los Angeles Times.

Jodi holds a Bachelors degree in History from Dartmouth College with a minor in French. A former Junior Olympian and Division One field hockey and softball player, she still enjoys playing golf, running half marathons and throwing the ball around in the backyard with her two sons, Jackson and Bryce.

When not traveling she chooses to reside in Buffalo, where it does not snow twelve months a year, contrary to popular belief.

Raise your expectations. You deserve better.